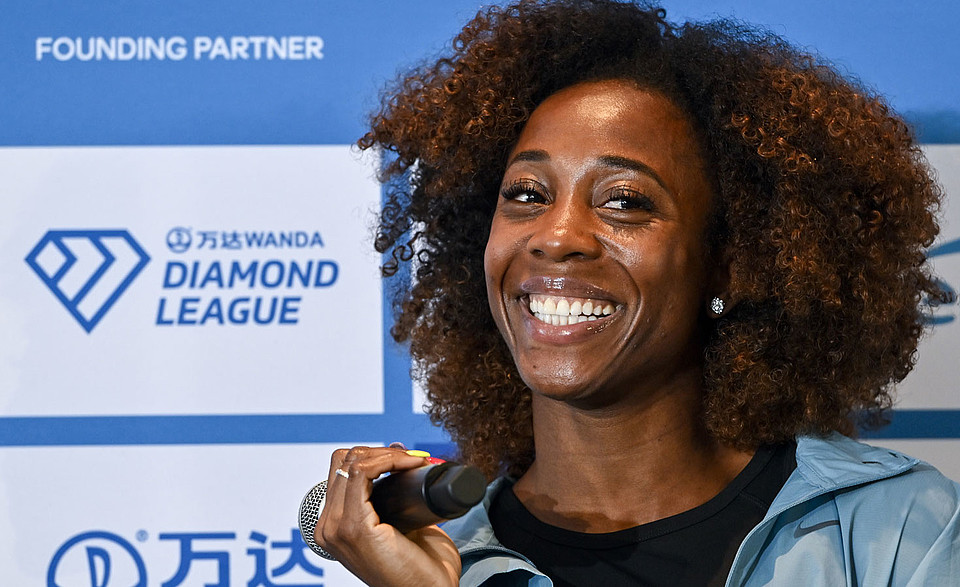 Remarkable and funny moment at the end of the press conference: Shelly-Ann Fraser-Pryce challenging Mondo Duplantis to a sprint duel.

"Say, Mondo, how fast are you in the 100 metres ... against me?" Stunned and after some hesitation, Mondo said, "I would beat you!" But Fraser-Pryce did not believe that. "How many metres do you have to run in the pole vault? 20 metres?" Duplantis replied that his run-up is 45 metres and that he used to run  100 metres a lot in high school. "But that was five years ago?!", Fraser-Pryce responded with (fake) scorn. "But I am much faster now than I was five years ago," Duplantis replied wittily. "Do we want to bet on it?", Fraser-Pryce asked. Duplantis eagerly accepted the challenge, after which they officially shook on it.

Meeting Director Kim Gevaert, who was leading the press conference, immediately capitalised on it. "If you want, we will organise that 100 metres for you at the Allianz Memorial Van Damme next year?" Mondo immediately agreed: "Yes, next year in Brussels, a 100 metres between me and Shelly-Ann Fraser-Pryce, that's settled!", laughed the Swede.