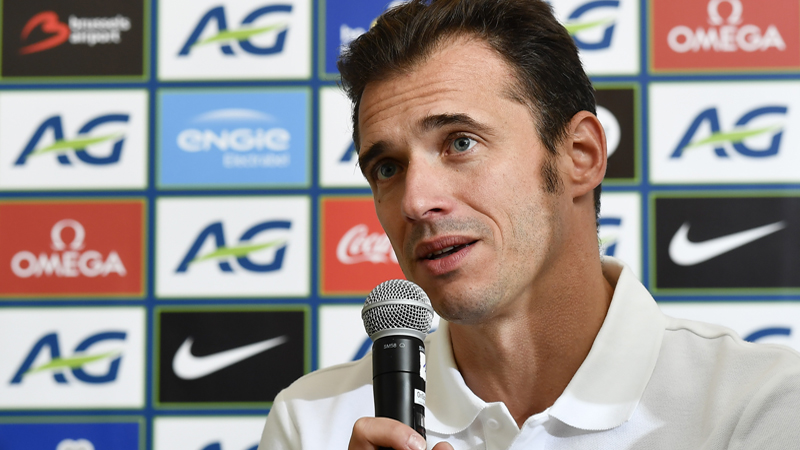 “It’s always a great honour to organise the Diamond League finale," Van Branteghem said at the pre-event press conference. “Tomorrow we get to present 12 Olympic champions, 28 world champions and 16 reigning European championship to the crowd at the King Baudouin Stadium. They will also get to see 19 fellow Belgians in action."

“The weather forecasts is nice, so we’ll be seeing some high jumps and fast times,” he smiled. “The pole vault will be an absolute highlight. With Armand Duplantis, Renaud Lavillenie, Timur Morgunov, Sam Kendricks, Shawn Barber, Piotr Lisek and Thiago Braz we’ll have seven athletes at the AG Memorial Van Damme who jumped higher than 6m00. We’re in for some fireworks!"

“As a former 400 metre runner I’m obviously also looking forward to that race with great Belgians like junior world champion Jonathan Sacoor as well as Kevin and Dylan Borlée. On the men’s 100 metres I expect a lot from Ronnie Baker and on the women’s 200 metres Shaunae Miller-Uibo could be very fast as well."

Traditionally the athlete’s parade is the curtain raiser at the AG Memorial Van Damme. All Belgian athletes who excelled at European and world championships in various disciplines will be celebrated, including European gymnastics champion Nina Derwael and football coach Roberto Martinez.

Music has also become an integral part of the Memorial. Renowned DJ The Magician will warm up the crowd at the start with more live music to follow at the end of the programme as well as a brand-new laser show.

Van Branteghem advises spectators to come to Brussels early. Due to the many roadworks around the capital the rush hour traffic could cause delays getting to the King Baudouin Stadium. The venue is easy to reach by public transport.