Thiam, Stefanidi and Reese ready to jump at the AG Memorial Van Damme 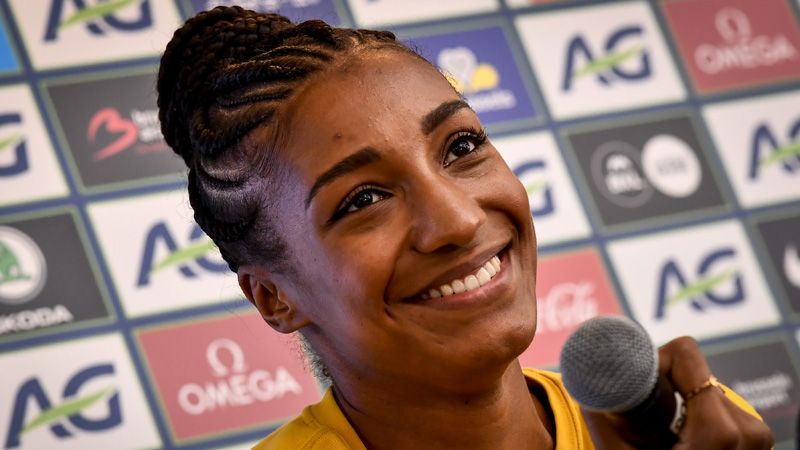 Nafi Thiam, Katerina Stefanidi and Brittney Reese have one thing in common. They love a good jump! These three elite athletes are aiming to shine at Friday's AG Memorial Van Damme at the high jump, pole vault a long jump respectively.

With her 6m86 Nafi Thiam would have qualified for the world championships, the Olympic Games and the IAAF Diamond League finale in the long jump, but on Friday she will opt for the high jump. In that discipline the Belgian is also one of the world’s best. Here 2n02 is the second best jump of 2019, only second to favourite Maria Lasitskene (2m06).

Can Thiam go even higher with the support of the Belgian fans? “I hope so. I’ve been feeling great for weeks. I haven’t done many jumps in competition and it’s not easy to be consistent, but with the support of my home crowd I hope to reach two metres tomorrow.”

“I always try and enjoy the competition. I love doing it. It gives me positive energy, especially in front of the Belgian public. That’s always special, and maybe even more this year with the Doha world championships coming up. At the Memorial I maybe wasn’t always in my best shape, but now I feel good. It will be a fantastic night."

FOUR IN A ROW FOR STEFANIDI?

Nafi Thiam was joined at the press conference by two other leading athletes: Katerina Stefanidi and Brittney Reese. Former sprinter Kim Gevaert, who led the conference, asked Stefanidi how pole vaulters manage to stay focused. “A sprinter has to focus for 10, 20 or 40 seconds on a race, while we need several moments of concentration,” Stefanidi said. “Concentration, relaxation, concentration. That’s what we train on. If you can manage alternating those concentration levels, you will become a better jumper.”

“The most important thing for an athlete is to stay healthy. Before you can talk about a new world or Olympic title you need to be fit. I always think first about tomorrow and then we’ll see,” Stefanidi explained, while chasing a fourth consecutive Diamond League title.

“I start in every competition to win. That confidence increases after every medal. But according to my coach I still lack confidence compared to what I already achieved. I keep training hard and I will keep going as long as I get the same satisfaction out if it."

REESE IN THE RIGHT RHYTHM

Long jumper Britnney Reese has the same attitude as Stefandi. “I also start in every competition to win. It’s a long season and with the Olympic Games coming up next year, I want to do everything in my own rhythm."

Aged just 32, Reese is an icon of the long jump with 8 gold medals at major championships (4 world titles, 3 world indoor titles + 1 Olympic gold). Twice she conquered the Diamond League. “After Doha and Tokyo I hope to have ten gold medals. I kept a little bit of room in my trophy cabinet,” the American quipped. Earlier this year she managed a jump of 7m00, while her personal best stands at 7m31.

Reese was also impressed my Nafi Thiam. “The 6m86 she jumped in Birmingham was very impressive. It gained her a lot of points in the heptathlon. Her limits? She can get to 7m00 and beyond, I’m sure of it.”