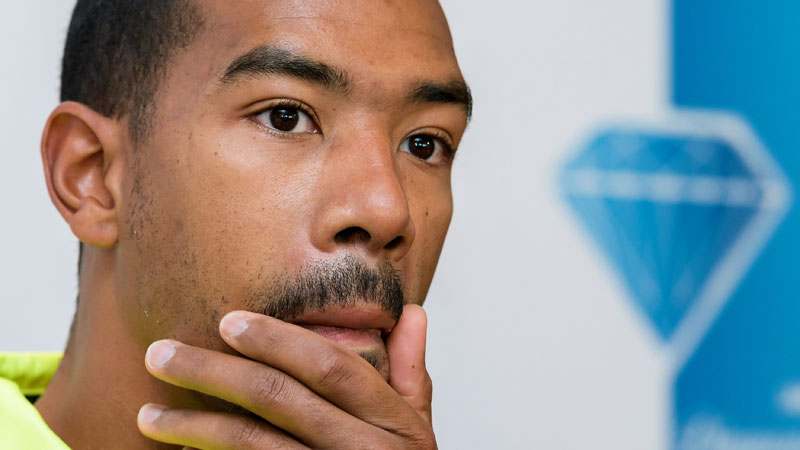 Can you name an athlete that looks more relaxed than Christian Taylor? Probably not. The world title on the triple jump, which he recently won in London, seems to have given the American athlete even more peace of mind. Without a doubt Taylor will be one of the stars of Friday night’s AG Memorial Van Damme.

Taylor has admitted dropping his focus on the world record of Jonathan Edwards has made him more relaxed. “I had an obsession with the world record for a long time,” he said on Thursday. “There used to be this voice inside my head that kept saying 18.29 (the world record distance). I don’t have that any more. I found more peace of mind.

“My attitude has changed, there’s less pressure than before. I say to myself jumping the world record is not impossible. If it comes, it comes. I stay positive. Jumping a meeting record is nice too and so is taking a medal. That attitude gives me a relaxed feeling, inner peace."

Taylor is truly an international citizen. His partner is the Austrian hurdle specialist Beate Schrott, a 2012 Olympic finalist. He shares his time in Europe between Vienna and Arnhem, in the Netherlands, the home of his British coach. What better place to go for a big performance than in Brussels, the capital of Europe, at a meeting traditionally attended by a lot of Dutch people. “Competing at the Memorial is always special,” Taylor agreed. “The atmosphere is amazing and as an athlete I always try and consciously enjoy that. I want to jump with a smile."