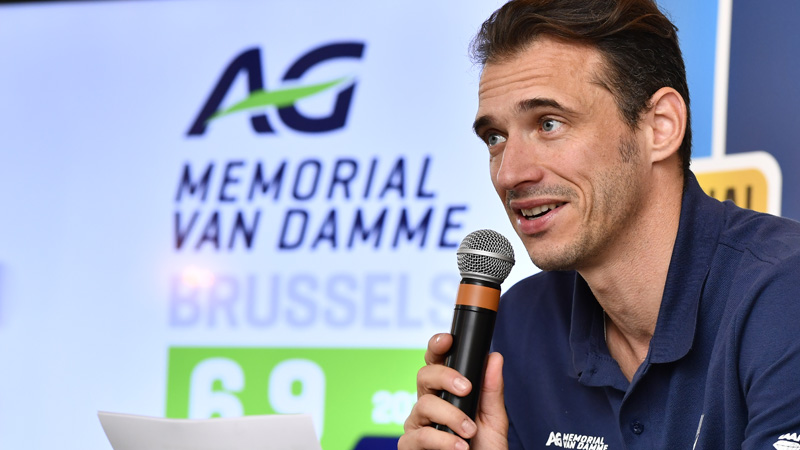 The shot put competition kicks off the 43rd edition of the AG Memorial Van Damme with an urban finale at the De Brouckere square in Brussels on Thursday. On Friday night the event hosts the remaining 15 finales of the IAAF Diamond League at the King Baudouin Stadium, featuring many interesting promotional events, as meeting director Cedric Van Branteghem explains.

“The 200 and 400 metres will undoubtedly be the main events with the young American favourites Noah Lyles and Michael Norman," Van Branteghem says. “From a Belgian point of view it will be interesting to see what junior world champion Jonathan Sacoor can do on the 400 metres. He is one of the ten Belgian wildcards in the Diamond League finale. The great line-up can propel him to the limit for the world championships.”

“The Belgian crowd will also enjoy the women’s high jump competition featuring Nafi Thiam. The reigning world and Olympic heptathlon champion is the second best high jumper of 2019 with 2m02. Maybe she can get close to Tia Hellebaut’s Belgian record of 2m05 in her final test for Doha? It’s promising to be a very open and exciting competition, although Maria Lasitskene is probably unbeatable in the fight for the diamonds."

Van Branteghem is also particularly looking forward to the women's 5000 metres (“an exciting sprint between Obiri and Hassan"), the men’s triple jump ("Taylor and Claye are attacking the meet record with the legendary Willie Banks watching on") and the women’s 100 metres (“young mother Fraser-Pryce is back to her best, Asher-Smith is the rising star, and what can Schippers do?").

With the Doha world championships on the horizon the 43 edition is promising to be another crucial, high-level event. “It gives you that mental edge if you manage to defeat your opponents just three weeks before the world championships,” he says. “In a packed King Baudouin Stadium everyone will be close to their best. I am definitely expecting several world’s leading performances and a couple of tickets for Doha for some of the Belgians. In total there will be 22 Belgian athletes competing, which is always fun for the home crowd. If you hear from the crowd that they saw some records, had fun and enjoyed the concert then you know it was a successful meeting."