Lavillenie: 'I promised a Meeting Record to Wilfried' 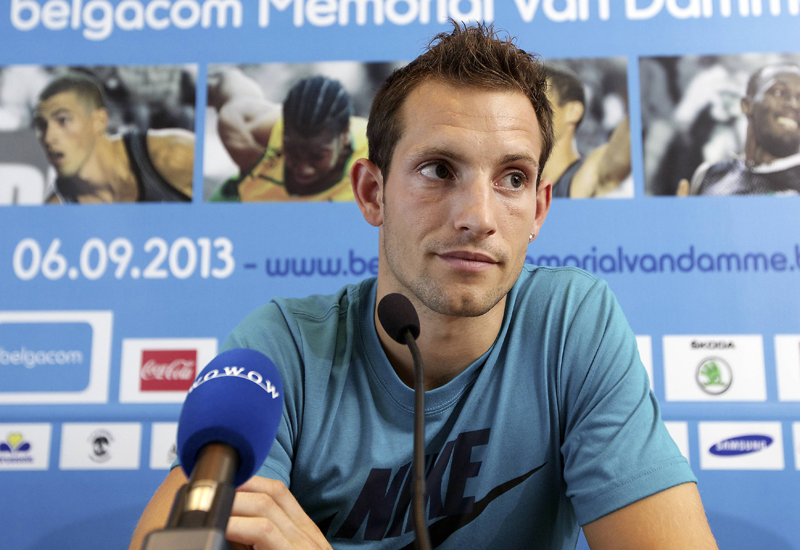 Olympic Pole Vault Champion Renaud Lavillenie had a clear message when he arrived from Paris on Thursday afternoon. “In the first place I want to win the Diamond Race Final. I’ve never before managed to win in Brussels. On top of that I promised organizer Wilfried Meert to set a meeting record.”

Sergey Bubka and Jeff Hartwig are joint meeting record holders with 5.95m. Bubka set those marks in 1994 and in 1997, Hartwig in 1998 and in 1999. “I checked out the meeting records before I travelled to Brussels”, said Lavillenie, proving his eagerness and motivation.

“Of course I still feel disappointed about my World Championships in Moscow. It is the only title that I haven’t won so far in my career. Therefore I can not be satisfied with silver. Although the conditions were difficult for me. The start of my run up was in lane 3 where the 400m runners were preparing for their races. There was never a right moment for me to start my run up. Holzdeppe won the competition because he had less failures at 5.89m. But he wasn’t disturbed in his run up.”

“2013 is a miserable year to me. All the time I had to deal with difficult conditions and discuss about rules. What went wrong was always out of my control. First there was this story with the bar in Göteborg.” At the European indoor championships Lavillenie crossed a bar at 6.07m but at the time that Lavillenie was celebrating this great performance the officials showed a red flag. The bar had shifted off the regular standards and all protests were declined.

“In Brussels I want to finish the season in style. After that I take part in a demonstration event at the Lille market place and then the Decathlon in Talence. For this Décastar competition I have a double motivation. In first place I want to experience what it is like to compete in a decathlon, but I also want to set a Decathlon World Record in the Pole Vault.”

“That is not going to be easy. Tim Lobinger holds that record with 5.76m. The Pole Vault is the 7th event in the decathlon which makes it more grueling than in a regular meeting. Also, a decathlon World Record in a single event can only be recognized if I finish with more than 7000 points.”

“I did not train in particular for this decathlon. At the end of a training session I did some throwing once in a while. As a Pole Vaulter you are versatile by nature. Hurdling for instance is part of our normal training program. Only the 400m is frightening to me, even more than the 1500m. In the 400m you have to go flat out while before the start of the 1500m you can choose a strategy based on your position and on your intermediate result. But after all, this decathlon is all about having fun. After that I take a short break and start to prepare hypermotivated for the indoor season.”