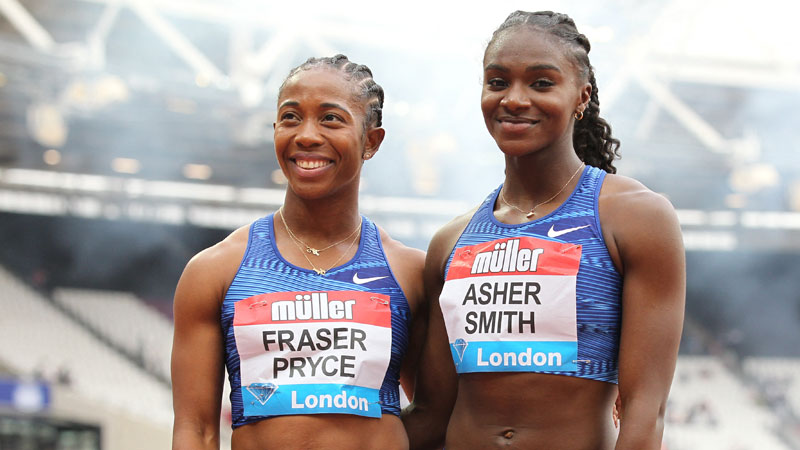 We continue our countdown to the 43rd AG Memorial Van Damme next Friday. The Women’s 100 meters promises to become a thrilling event. A world class field will line up in the King Baudouin Stadium.

32 year old Shelly-Ann Fraser-Pryce and mother of a 2 year old son is still on top of her abilities when it comes to sheer sprinting speed. The former Olympic and World Champion from Jamaica is the fastest woman in the world this year (10,73) and she heads the field in Brussels. Fraser-Pryce also holds the Meeting Record in Brussels (10,72) and won in Lausanne and in London this year. But European champion and extremely talented Dina Asher-Smith from Great Britain is always a threat, and the likes of Marie-Josée Ta Lou, Blessing Okagbare, Dafne Schippers and Aleia Hobbs will also provide a tough challenge to Fraser-Pryce. The electronic eye of the fotofinish will probably be needed to separate this field as the storm through the finish line !

Traditionally the AG Memorial Van Damme returns to the City Center with the Diamond League Shot Put Final. On Thursday evening (5:10 pm) 8 strong Men will be on the centre stage at Square De Brouckère which has been renovated recently. That provides an ideal opportunity for locals and visitors in Brussels to turn out and watch tall and heavy guys like Olympic Champion Ryan Crouser, former World Champions Tom Walsh and Joe Kovacs and Diamond Race leader Darlan Romani send their implement beyond the 22m mark.