AG Memorial Van Damme to be held behind closed doors 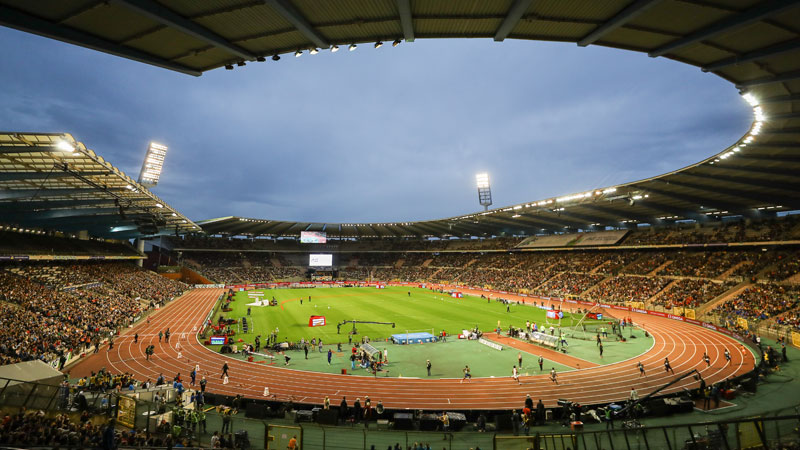 The 44th AG Memorial Van Damme on Friday Sep.4th unfortunately will be an event without spectators. But the meeting is not cancelled and the meeting program does not change. The Memorial Van Damme continues to offer world class athletics highlighted by 2 two World Record attempts in the one hour event. The entire program will be covered live by Belgian public broadcasters.

Reinforced coronavirus measures have been decided by the Belgian government, at least until the end of August. “There has not been taken a decision yet on sports events from September, 1st on,” says Brussels Meeting Director Cédric Van Branteghem, “but the organisers do not want to take any risk and we also want to be very clear as from today. The health and the safety of the spectators, the athletes and the staff are our highest concern and priority. From a practical point of view the best thing to do was to decide now and to clearly communicate with our fans and our audience on ticketing issues.

The decision for a crowdless meeting was negotiated with titlepartner AG Insurance, with Brussels Mayor Philippe Close and city councillor for Sports Hellings. “The City of Brussels supports this wise decision taken by the AG Memorial Van Damme,” says Benoit Hellings. “It is important for Brussels to host this reputed international meeting, even if the fans in our city and in the whole country can only follow the action on their television screens. The City of Brussels will give all its support to the organisation of this event that is to be held in very special conditions.”

Minister of the Region of Brussels Capital Sven Gatz also welcomes this decision : “In these uncertain times the organisers prove their strong sense of responsability in their anticipation to organise this meeting without spectators. There is no doubt that the live broadcast will reach a massive audience thanks to the attractive meeting program and the presence of world class athletes. I will also join the meeting, from my couch at home !”

This years tickets remain valid for the 2021 edition which is due to take place on Friday Sep. 3rd. The AG Memorial Van Damme will be broadcasted live by VRT/Sporza and RTBf.