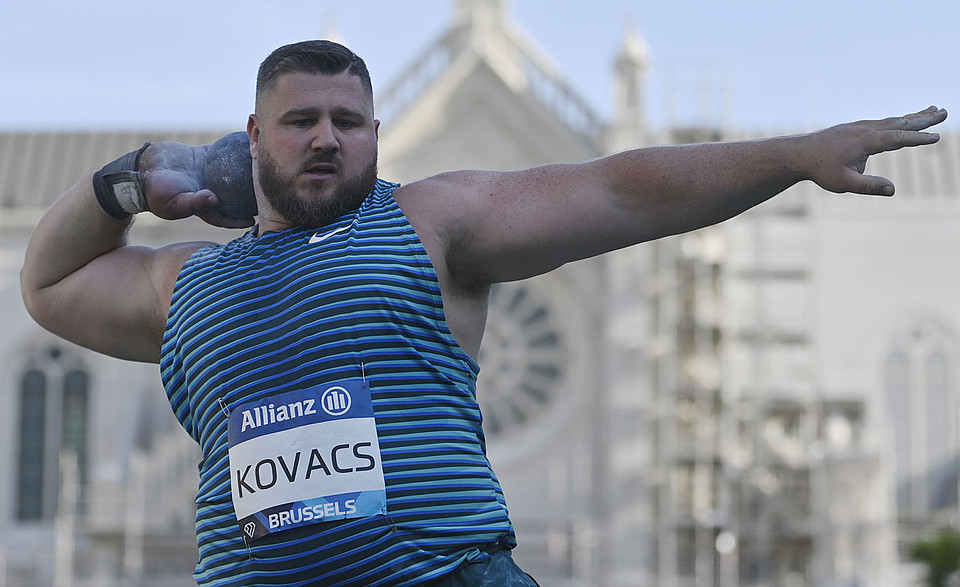 As per tradition the Allianz Memorial Van Damme kicked off the day before the main event at the King Baudouin Stadium with a discipline held in an urban location around the city. This time the men's shot put competition was held at the Marché aux Poissons in the centre of Brussels, with Joe Kovacs as the winner.

The Marché aux Poissons or Vismarkt is the unofficial name for the Place Saint-Catherine, a square in the heart of Brussels which previously hosted special athletics events. In 2017 Kevin, Jonathan and Dylan Borlee ran a unique 100 metres across the water on a specially constructed mobile track. Three years ago Ben Broeders won the pole vault on the square.

In 2022 it was the shot putters' turn to head to the market and show off what they had to offer. Double world champion Joe Kovacs dominated the event, the 33-year-old American setting a new meeting record of 22m61 on his second attempt. He beat Darrell Hill's five-year-old meeting record by 17cm. His sixth and last attempt went to 22m48, meaning Kovacs went beyond the previous record distance not once but twice.