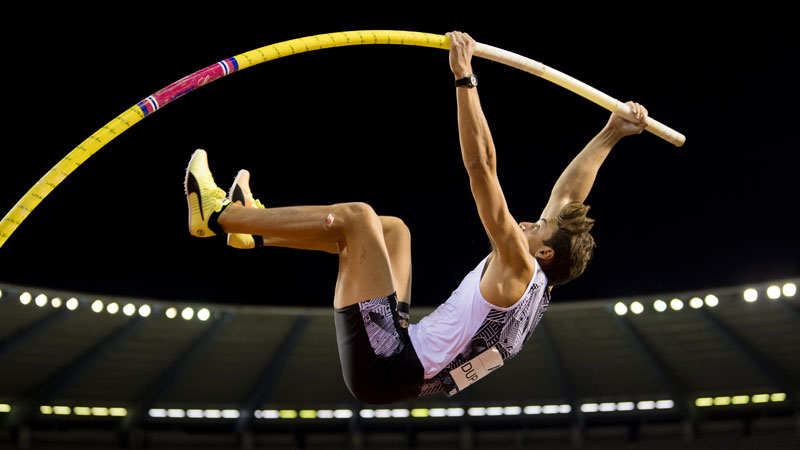 In 2014 Renaud Lavillenie jumped over 5.96m in Brussels. On Friday night Armand 'Mondo' Duplantis became the first man to clear the mythical 6.00m barrier at the King Baudouin Stadium. That height is perhaps not that mythical for the Swedish-American, considering he only just jumped a 6.07m in Lausanne on Wednesday.

In Brussels Mondo then had three attempts at 6.15m to try and beat Sergi Bubka’s outdoor world record, but just two days after Lausanne Duplantis admitted to being not quite fresh enough. Second place went to Ben Broeders (5.70m), who unsuccessfully tried to beat the 5.80m Belgian record.

Faith Kipyegon also shone on the 1000 metres. The Kenyan reigning 1500 metres world champion tried to beat Svetlana Masterkova's 24-year-old record which was also set at the AG Memorial Van Damme, but clocked a 2:29.92, just a second shy of the world record of 2:28.98.

Later on KJT competed in a second discipline, jumping over 1.84m, far removed from her personal best of 1.98m. The win went to Australian Nicola McDermott with 1.91m.