Discusthrowers want to give it their all in Ter Kamerenbos: “Having fun is very important” 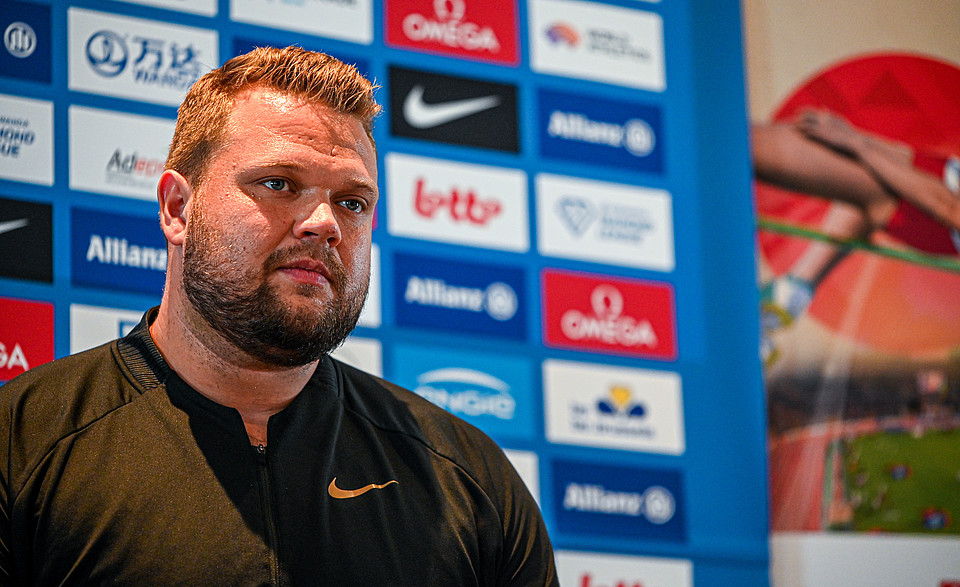 Tomorrow the discus throwers will be competing in the Urban Allianz Memorial van Damme in Ter Kamerenbos. Daniel Stahl and Simon Petterson won the gold and silver medals in Tokyo. The Swedish duo want to enjoy the unique location in Brussels.

Daniel Stahl and Simon Petterson got Sweden the ultimate athletic dream podium with gold and silver in the discus throw in the Olympic Games in Tokyo. Stahl, the fan favourite, was extremely happy to share the podia with his younger training partner. Tomorrow he will compete again with the fellow countryman. “Tokyo was historic for the both of us. Simon and I are like brothers to each other, but still have very different personalities. We complete each other very well”, Stahl said.

“The return form Japan was big, out of nowhere you realise the kind of impact your performance has on a nation. It is crazy how sports captures a person. Everyone in Sweden stood behind us as a unit. Of course the Games were special, but we made the best of it. We had fun with the full Swedish team in the Olympic village. We played games such as Yahtzee and played cards.”

Stahl showed what he has got, with success, at the Swedish national championships during the past weekend. The Olympic champion will try to get his third win on Belgian soil after his earlier triumphs in 2016 and 2019. “Tomorrow I mostly want to have fun. Before a competition I will never think about which result will be necessary for the win. It will be a unique occasion in a special setting. This afternoon we are going to have a look at the throwing ring. It is fun to be reunited with the discus family, we haven’t seen each other since Tokyo”, the Olympic champion said earlier today.

Petterson surprised friends and enemies in Tokyo by winning the silver medal. The former decathlete is still enjoying his achievement. “For me that silver medal was also a huge surprise. In an ideal situation bronze would have been an option, but to get silver right behind Daniel, I could have never dreamt of. I am very curious what tomorrow will bring. Competitions outside of a stadium are made for extra fun and a great atmosphere, and when people pass by, they can be captured by what is going on.”

The Swedish duo will be competing against no other than the the strong Jamaican Fredrick Dacres, who is looking for a rematch after not making the final in Tokyo. You can watch the Urban Allianz Memorial Van Damme live via a livestream on the website of Sporza or in Ter Kamerenbos itself.