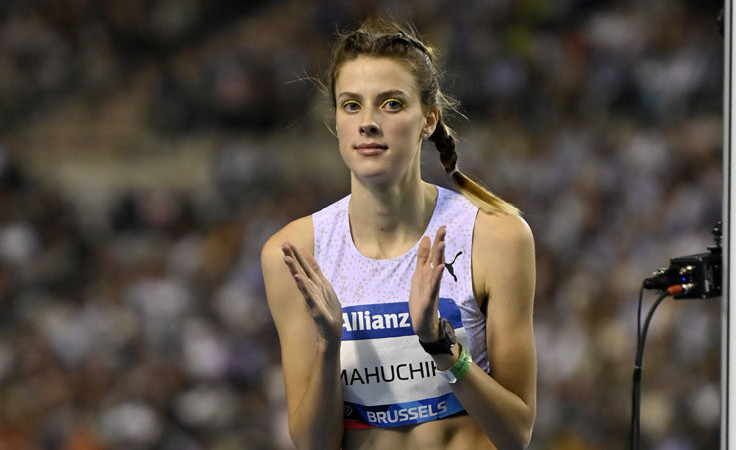 On Friday Sep. 2nd athletics fans in the King Baudouin Stadium will be eager to watch Erriyon Knighton in action. The 18 year old American set a new World U20 record in the 200m, owned by Usain Bolt. Knighton set a fabulous 19”49 on April, 30th in Baton Rouge, which is the 4th ever all time performance on the distance. Last year, at the age of only 17, Knighton already finished fourth in the Olympic Final, after having set a World U18 record at the US Olympic Trials earlier that year.

The 20 year old Yaroslava Mahuchikh won High Jump bronze at the Olympic Games. A few weeks later she won the High Jump at the Allianz Memorial Van Damme while crossing a bar at 2,02m.Earlier this year Mahuchikh was crowned World Indoor Champion in Belgrade. Mahuchikh now has confirmed to compete in Brussels this year, as well as her compatriot Yuliya Levchenko who finished 8th at the Olympics.
Knighton, Mahuchikh and Levchenko join Mondo Duplantis who already confirmed his presence at the Allianz Memorial Van Damme a while ago. In the Pole Vault field Ben Broeders will be challenging Duplantis. The Belgian set a new national record in Germany last week with 5,85m
.
Shot Put at the Fish Market

The day before the meeting in the stadium one event is held “urban”, on a special location in the heart of the city. This year, on Thursday, Sep.1st the Fish Market will be the designated site for the Men’s Shot Put.

The “Fisk Market” is the popular name for Square St Catherine. This square, in the very heart of Brussels, has already hosted some special athletics moments. The Borlée brothers once ran on a mobile track across the water on this square and Ben Broeders won an Urban Memorial Pole Vault event on the same square three years ago.